This week in the water cooler: Rosemarie catches on to the kombucha craze, Cheree gets warmed up for the Auckland Arts Festival and Nadene and Rhianna explores the backroads.

My granddaughters are getting right confused lately about the amount of discussion about ‘scoobies’ in our household. I’m not talking about the lovable cartoon dog from the 1970s but a scoby, a symbiotic colony of beneficial yeast growing in a bottle in my kitchen.
A scoby is used to produce kombucha, a fermented tea drink with reputed health benefits. I bought a scoby starter culture on Trademe and was slightly disconcerted when I opened up my courier package to find a snot-like, slimy substance which reminded me of something from a B-grade horror movie. My biochemist brother encouraged me to persevere, even when I baulked at the thought of pouring half a cup of sugar into the mix.
“Don’t worry, the yeast will gobble it all up,” he told me. The scoby ferments for 10 days but in Auckland’s humidity my kombucha production has gone into over-drive and it’s ready in four days. The end result is a slightly carbonated drink with a taste similar to iced tea. 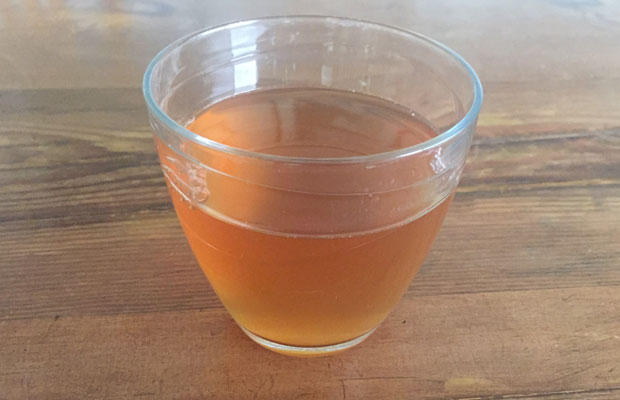 I’m now a kombucha fanatic, but visitors to our house are unnerved by the large jar of a suspicious-looking yellow substance with the lung-like blob enclosed, sitting on the kitchen bench. I’m also pressing bottles of yellow-brown tonic on unwary visitors who are too slow or too polite to refuse.
I can’t find any reputable studies on the health benefits of kombucha but it’s very pleasant in the Auckland heat. Possibly it won’t be so attractive in winter but then the scoby will probably revert to a slower production rate.
-Rosemarie White
Office guru, Lifestyle Magazine Group 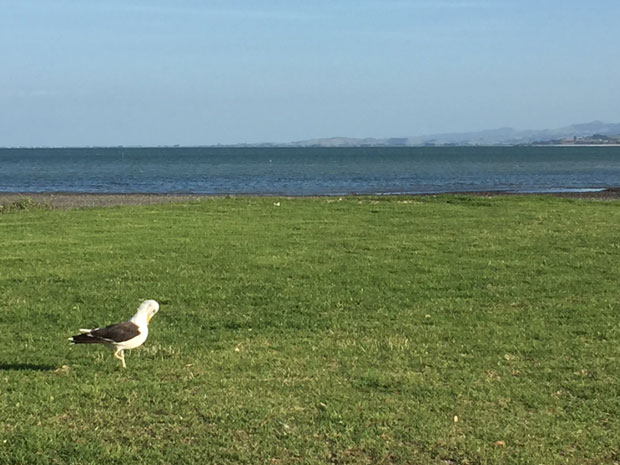 Some days, you have to get out the door. This day was so beautiful, I could hear my motorbike calling my name. At 5.02pm, it was time to go.
Our ‘local’ beach is Kaiaua on the eastern coast of the Firth of Thames, about an hour and a half’s drive south-east of Auckland.
For us, it’s just 20 minutes, depending on the route. In a car, we take the straightest, shortest road, but on the bike you find yourself searching for more corners. That’s how we discovered a secret winding back road… and then discovered any biker worth their salt also knows ‘our’ secret. You don’t even have to name it – they just see a video or you say “we came the back road” and they know the road you’re talking about.
My plan was to take a vista picture but I ended up wanting to get a seagull in it and that’s when I spotted this bird. At first I thought this black-backed seagull was injured as it was limping along, but on closer inspection I realised it had two legs but only one foot. He or she was a well-rounded, healthy-looking specimen and was in full adult colours so aged over three years. I’m guessing the abundance of Kaiaua (kai: to eat; aua: mullet or herrings) must hold true.
Next time, I’m going hunting for the 800 year old puriri that lives in the domain – Kaiaua is a very small place and I didn’t know it had a domain, but I’m going to start my search in Puriri Avenue.

Here’s something fun that stopped me in my tracks – how amazing are these busts slash paper sculptures? Li Hongbo glues together thousands of pieces of paper to create moveable, marble-like busts. The Beijing-based artist‘s works are currently on display at the Klein Sun Gallery in Manhattan and are going viral thanks to this Buzzfeed video.
There’s plenty of incredible art of all varieties on display closer to home too, as the Auckland Arts Festival hits town from 8-26 March. My diary is filling fast: the Power Plant at the Auckland Domain looks to be a highlight but my must-see is definitely Shortland Street – The Musical on March 14 (tickets appear to be near gone if not sold out, but I will not give up!).
Hopefully I’ll be singing songs like Stuck in a Love Triangle and Not in Guatemala Now shortly.
-Cheree Morrison
Staff Writer, NZ Life & Leisure 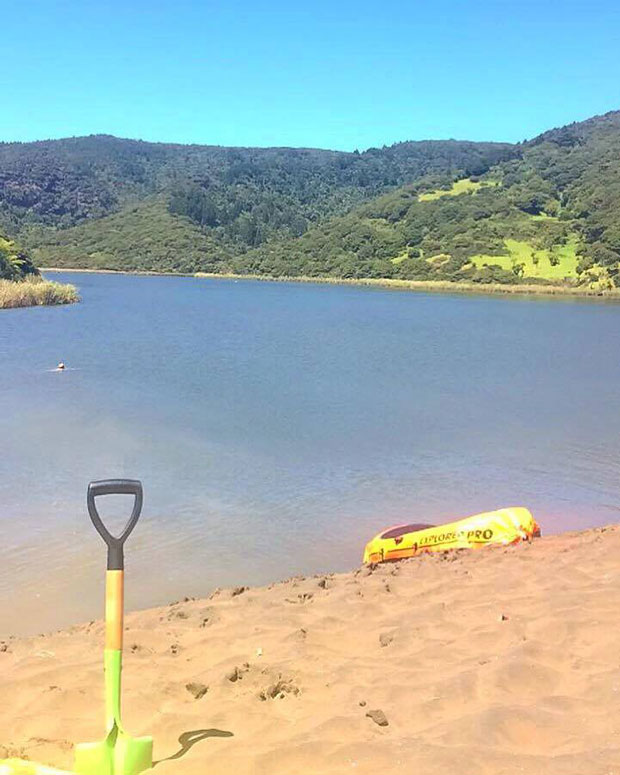 Lake Wainamu has a little bit of everything: a beautiful blue lake, surrounded by towering sand dunes and rolling hills. It’s just an hour west of central Auckland, close to Bethells beach and Muriwai (handy if you fancy a spot of surfing as well). It’s a half hour walk from the carpark to the lake, but rather than take the beaten track, try walking along the shallow stream that runs alongside it, a cooler option on these sweltering days.
A giant inflatable lilo (or in our case a blow-up pizza slice) came in handy floating on the lake while a boogie board was the best equipment for sliding down the dunes.
A warning though, the sand reaches scorching temperatures so you really will have to run a fiery gauntlet from the water’s edge to the safety of your towel. 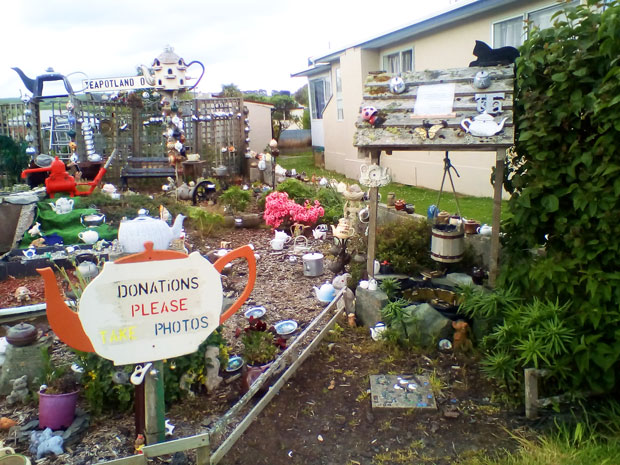 Remember the Paua house in Bluff?
The home of Fred and Myrtle Flutey is now on proud display in Christchurch’s Canterbury Museum, but there’s a new quirky attraction down south that rivals the Flutey’s creativity.
Graham and Judith Renwick have a collection of teapots that the Mad Hatter would envy. More than 1300 big, small and tiny tea pots on display in their front yard. It all started 10 years ago when Graham found a tea pot in his garden and put it on the fence. He admits things have got a bit out of hand.
Find the Renwick’s teapot land on the Papatowai Highway in Owaka, a small town on the drive between Dunedin and the Catlins.