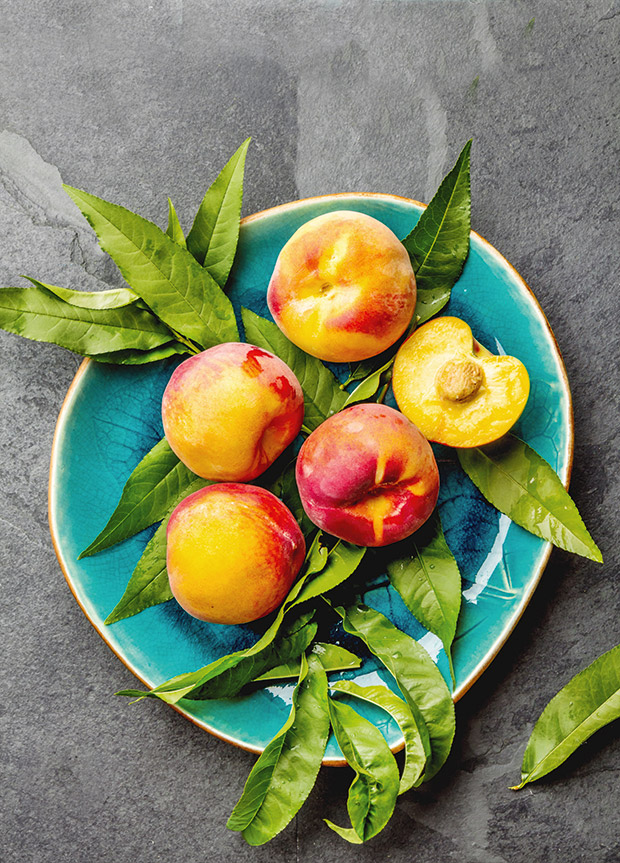 Apricots, peaches, plums and nectarines are some of our favourite stone fruits. Mix them together and you get super fruit.

My first-ever plant list had just one entry on it: nectarine. It was my favourite fruit when I was growing up. My parents had a nectarine tree, but to my dismay, it was dug out to make way for a swimming pool.

These days, I have a new favourite: the peacharine. Thanks to cross-pollination, you can buy a fruit that is all the best parts of a peach and a nectarine: sweet, juicy, and low fuzz.

Fruits like this aren’t clones, mutants, or even genetically modified. They’re harmless interspecies hybrids that offer something different to standard varieties. 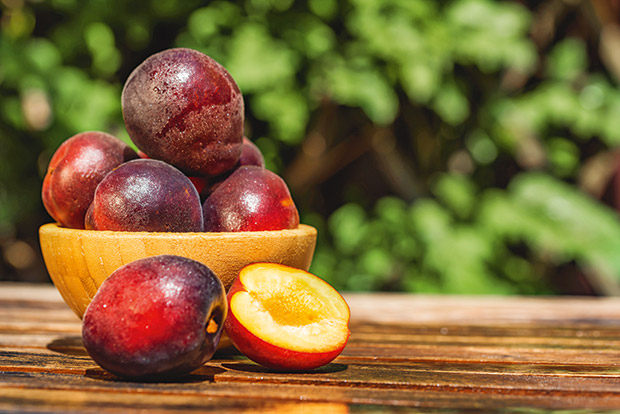 These have a reddish-purple or reddish-black skin (depending on the variety), yellow flesh, and a flavour that combines the slight tang of plum with the sweetness of an apricot.

They’re not as new as you might think. American plant breeder Luther Burbank was the first person to successfully cross plums with apricots in the early 1900s. He was aiming to produce an apricot-like fruit that would thrive in the wet, coastal California climate, where apricots failed to set fruit most years.

This kind of hybrid was thought to be impossible at the time. Pomologists denounced his plumcots as a hoax, but Burbank was later vindicated.

They worked well in NZ too. Kiwi pioneer horticulturalist, Hayward Wright, who sold plumcots in New Zealand in the 1930s, wrote, “These will fruit whereas the apricot is shy.”

Plumcots flower early, so you’ll need to plant a pollinator (another plum tree) close by that flowers early too. The Japanese plum Santa Rosa, also bred by Burbank, is ideal.

Waimea Nurseries now has a dwarf plumcot called Spring Satin that reaches 3m. This variety has reddish-black skin with golden flesh and grows well in large containers or in the ground. They also sell the self-fertile Scarlet Sunrise.

“Plumcot Scarlet Sunrise was bred in the Hawke’s Bay by Don Skelton. It ripens very early (December in the Hawke’s Bay), and is self-fertile. It probably would produce even more fruit with cross-pollination with Santa Rosa or Billington.” 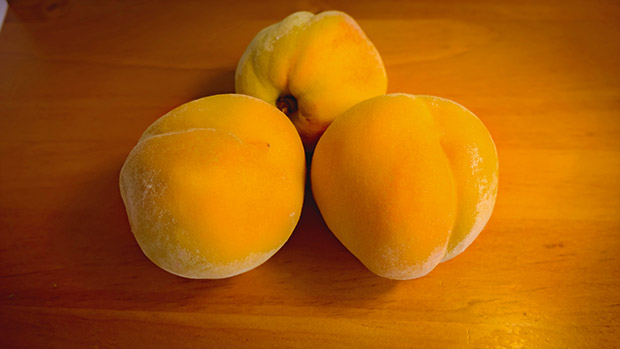 This cross produces golden-coloured fruit with a red blush that’s sweet, tasty, juicy and firm-fleshed. It crops regularly, is self-fertile, and produces fruit in early summer.

It needs the same growing conditions as other stone fruits, doing best in areas that get a cold winter. If your region has high summer humidity then fungal and bacterial diseases, like leaf curl, can be a problem.

However, a preventative spray programme can usually keep these under control. Spray with copper:
• once in autumn or winter after leaf fall
• once in spring at bud swell
• repeat 10 days later 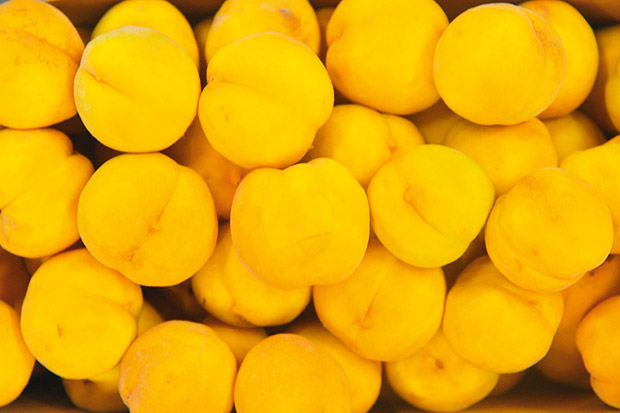 The fruit is darker on the outside than a typical peach, pale inside and has very little fuzz. It’s flavour is a sweet blend of the two fruit.

“Peacharine is my absolute fave stone fruit, full-stop,” says Kate. “I love the flavour, juiciness, and firm texture. There is a local orchard which gets flocks of customers when the peacharine sign goes out.”

Sarah Frater, of the Edible Garden nursery near Palmerston North, sells peachcots and peacharines. She’s a fan too.

“I love the Koanga heirloom peacharine, Matakohe. It’s firm-fleshed with none of the fuzz of a peach (good for us fuzzaphobics!) and has a bright orange skin and flesh with a lovely buttery taste. My daughter Holly and I could eat a whole tree’s worth without flinching. Beautiful.”

The peacharine Healys’, from Waimea Nurseries, also has superb flavour. It ripens in February and is excellent eaten straight from the tree or bottled.  However, both these varieties of peacharine are susceptible to leaf curl. 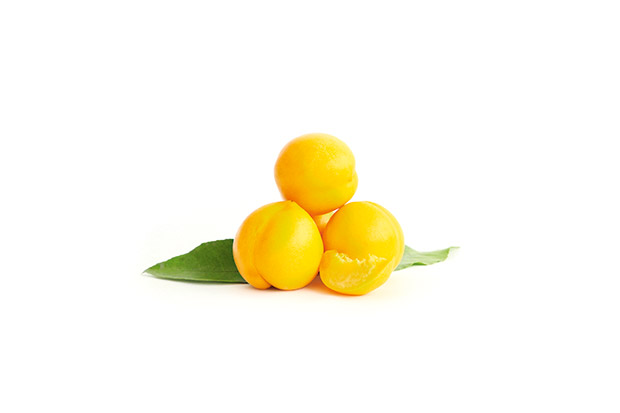 There are other oddities not in NZ, like the nectacotum – one-third nectarine, apricot and plum. The ones we have offer something special
to your summer palate if you’re lucky enough to live near someone who grows them.

“Plumcots and peacharines are excellent additions to home orchards, being super tasty, but also because these fruits are rarely available from supermarkets,” says Kate.

“Their care is the same as regular plums and peaches, with pruning to a vase shape recommended. An organic copper spray programme in winter and early spring is usually the only disease prevention required. Plumcots and peacharines are some of our most popular fruit trees, with several thousand trees going into home gardens each year.”

Any of these hybrids are an excellent addition to a block. The fruits of your labour can be sold at farmers’ markets with – so far – little competition. 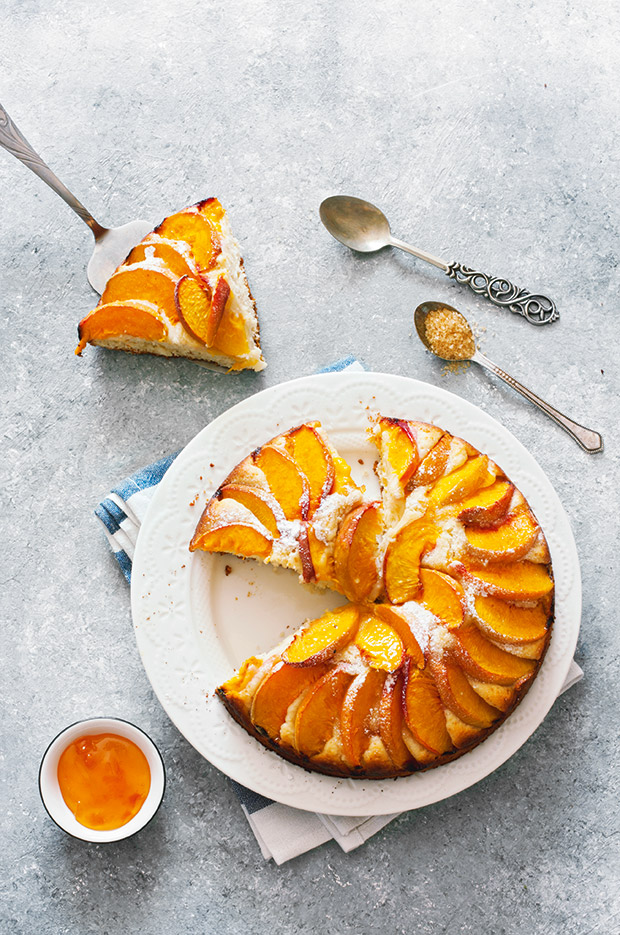 This cake is lovely and light and makes a delicious pudding served with whipped cream, ice cream or Greek yoghurt. You could substitute the peacharines for plumcots or normal peaches if preferred.

Beat butter and sugar with an electric beater until light and fluffy. Add egg and beat well. Add half the flour, half the milk and combine. Add remaining flour and milk and mix together. Pour batter into prepared cake tin. Place peacharine slices on top and push lightly into the batter.

Bake in oven for 1 hour or until cake is cooked through. Sprinkle with icing sugar and cinnamon while still warm. Serve warm.