In search of the missing link: Tasting the future of sausage with Carolien Niebling 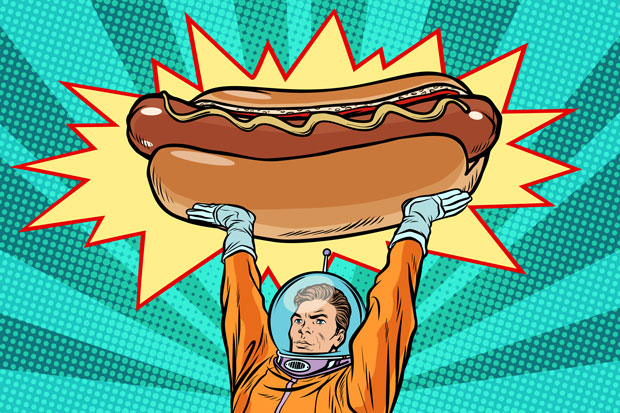 Emma Rawson encounters a strange new world of flavours while dining on sausages of the future.

My mind wandered when I received an invitation to Sausage Project: Sausage of the Future. This unusual foodie event held at Auckland’s Clooney restaurant this week seemed oxymoronic – “future” and “sausage” being two words rarely combined.
Humanity has been making sausages for millennia – there’s even mention of goat sausage in Homer’s Odyssey. An event about futuristic sausages brought up visions of a sausage-shaped HAL 9000. What could we expect from this? 2019: A Sausage Odyssey? 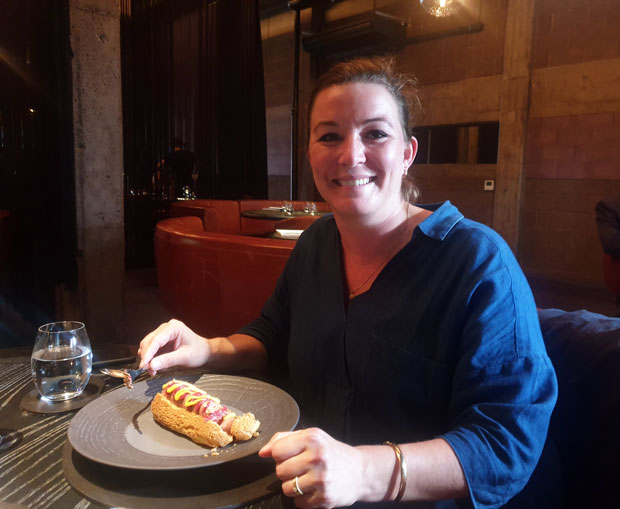 Carolien Niebling, Author of The Sausage of the Future.

Sausage of the Future, it turns out, was not about intergalactic bratwurst or the big banger theory but part of a series of “futurist” events for the annual Semi-Permanent Art and Design Festival. Zurich-based “future food innovator” Carolien Niebling collaborated with some of New Zealand’s top chefs for the project.
Together they dreamed up an out-of-this-world five-course menu designed to make diners rethink their ideas about the humble porker.
Oxford defines the sausage thus: “An item of food in the form of a cylindrical length of minced pork or other meat encased in a skin, typically sold raw to be grilled or fried before eating.”

Carolien, author of the book The Sausage of the Future, says the dictionary’s definition doesn’t cut the mustard.
“To me, sausage is the shape of the food and the act of stuffing food into something else. The future of sausage is broad and colourful.”
Carolien wrote her book to address problems in the meat industry. “The sausage has been around for 5000 years. I think it’s a great piece of design and an important invention. The first sausage was designed to be a way of transporting protein. These days we are spoilt for choice with meat.
“People often only want to eat beef or pork fillet, but the sausage is one solution to how to eat the rest of the animal. “The dishes we are going to eat today are amazing. The New Zealand chefs have gone above and beyond the brief.”

More stories you might like:
Shungiku is an easy-to-grow chrysanthemum that's not only pretty, but great in Asian cooking

Armed with a knife, a fork and a back catalogue of sci-fi film quotes courtesy of a misspent youth, I venture forth into five courses’ worth of close encounters of the sausage kind. 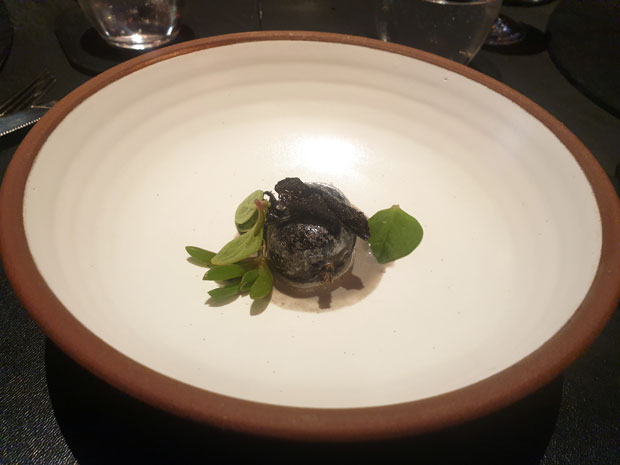 Sci-fi sausage style: Star Wars
First impression: A dark and mysterious orb resembling a sausage-like Death Star.
Taste: Vaughn’s stellar seafood sausage made with wild Bluff black pāua might have channeled the dark side, but it was the work of a Jedi master. 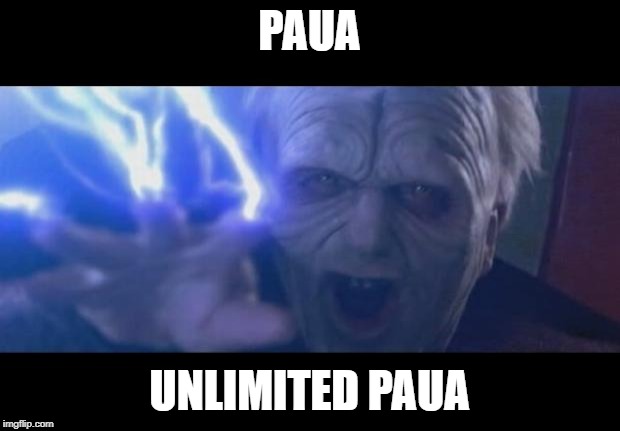 The sausage “sphere” (“that’s no moon”) was accompanied with foraged coastal plants including a refreshing ice plant, like a lightsaber on the palate. Sci-fi sausage style: Star Trek
First impression: In the words of Captain Kirk, “Sometimes a feeling is all we humans have to go on.” The feeling I get from this dish is “warm fuzzies”.
Nick and Jamie from the pay-as-you-feel restaurant, Everybody Eats, hope that all New Zealanders can live long and prosper. Every Monday, their Gemmayze Street eatery aims to tackle social issues of food waste, social isolation and poverty.

This week we were invited to a sausage party! @carolienniebling has been thinking about how sausages could be the food of the future and asked some pretty cool chefs to interpret the sausage in their own way. We presented a dish using perfectly good surplus hoki fillets, snapper heads, potatoes and fennel. Thanks for having us!

Everybody Eats offers restaurant-quality meals to both the homeless and paying customers, using food that would have otherwise gone to waste. The couple is opening the first permanent Everybody Eats restaurant in Onehunga at the end of September. Co-founder Nick Loosley had the idea in London while researching his master’s in green economics and volunteering on food waste projects such as The Real Junk Food Project.
“One-third of the world’s food doesn’t get eaten,” he says. “That statistic sunk in when I was volunteering with The Real Junk Food Project and I saw entire wheels of blue cheese thrown in the bin. I decided I wanted to do something about the food waste problem in New Zealand.
“The beauty of Everybody Eats is we’re using one problem to solve another problem – poverty.” 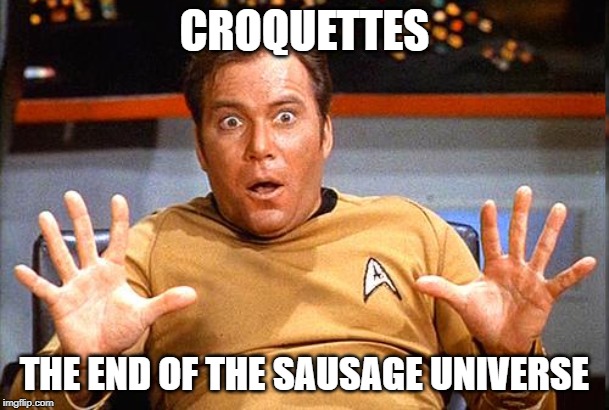 Taste: This fish and herb sausage is certainly the strange new world, but without challenges, how can humanity prosper? The dish is made using snapper heads and skeletons, often discarded in western cuisine.
But it does make me wonder: Is there an edge to the sausage universe? At what point does a sausage become a croquette? 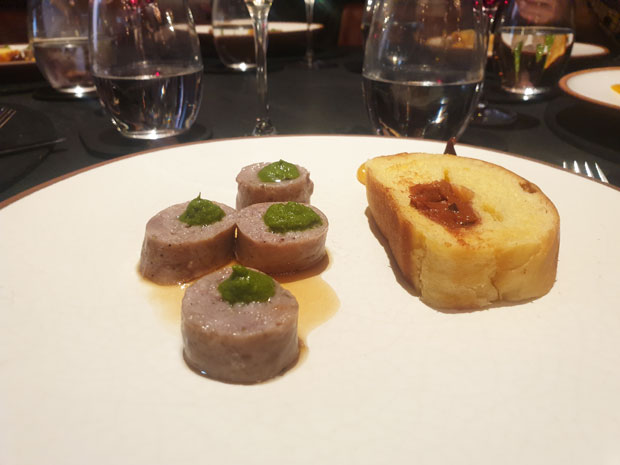 Sci-fi sausage style: The Matrix
First impression: Courses three and four are served on the same plate in a curious alliance between pork and The Matrix (vegetarian). We explore the world between the real and fake sausage.
Taste: At first, I go down the rabbit hole and choose the “blue pill” and dine on Nobu Lee’s vegetarian dish. The menu describes it as “a take on a classic Bunnings sausage sizzle, redone in a French saucisson en brioché.” It tastes like meat.
Morpheus from The Matrix says: “If real is what you can feel, smell, taste and see, then ‘real’ is simply electrical signals interpreted by your brain.”
Neo: “Woah.” 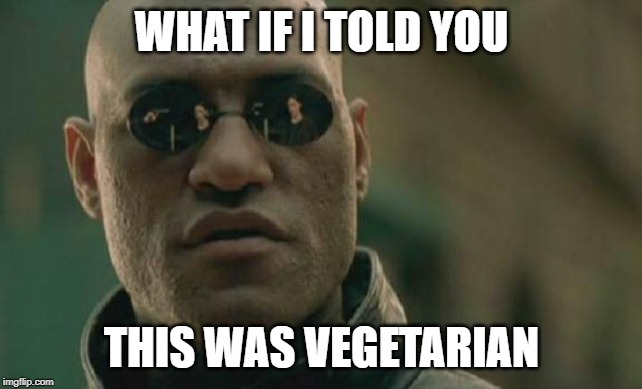 For course four, as Morpheus says, “Unfortunately, no one can be told what The Matrix is. You’ll have to see it for yourself.” What I can say is that this was a delicious dish. The meat sausage comes from paddock-to-plate pork farm Poaka. The Canterbury producer’s free-range piggies are fed grass, chestnuts and acorns. The sausage is served with a Soylent green-like herb sauce made from wild greens the pigs once fed on. Is this sausage Inception? 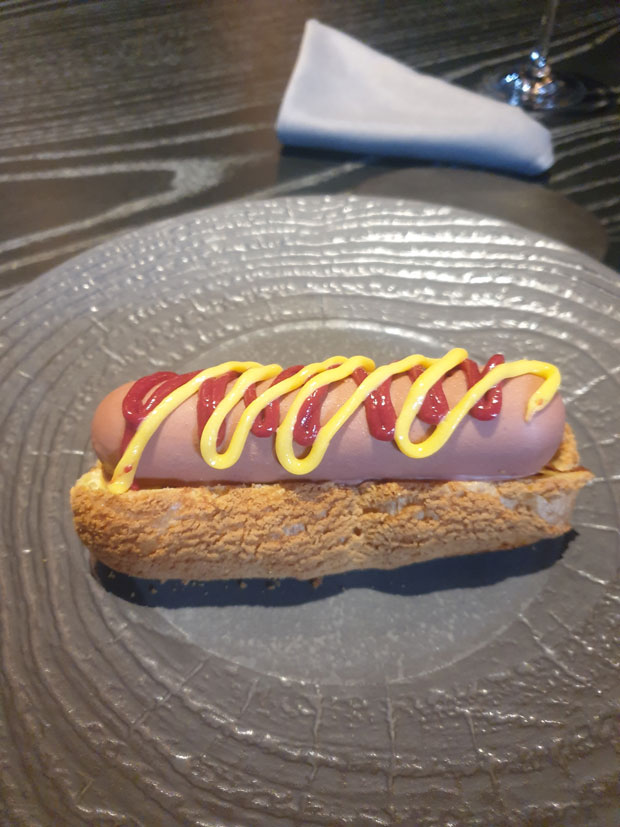 Sci-fi sausage style: Interstellar
First impression: Is it a hotdog, or is it dessert? A pudding from another world that might save humanity from itself.
Taste: To quote Matthew McConaughey’s character from the 2014 Christopher Nolan film, Interstellar: “We’ve always defined ourselves by the ability to overcome the impossible. These moments when we dare to aim higher, to break barriers, to reach for the stars, to make the unknown known.”

This sweet “sausage”, made from 70 per cent Belize chocolate with passionfruit and raspberry served in an éclair bun, is undoubtedly reaching for the stars. It’s a culinary journey through a wormhole. In Interstellar, Professor Brand said: “Love is a thing that transcends time and space.” And as we travel through the fourth dimension with this weird-but-delicious final course, I have definitely found love. Perhaps I’ve also found the missing link on how to reduce food waste? The future and sausage are one.