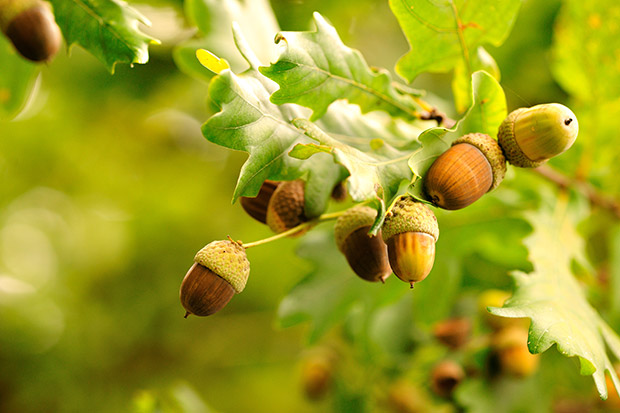 Oak is a popular timber, but the trees also produce a nutritious baking flour.

There are very few people who take quite as long a long-term view as Eric Cairns. The legend of the NZ Tree Crops Association, the New Zealand Farm Forestry Association, and co-founder of Oaks New Zealand with botanist Kathryn Hurr, thinks in centuries, not decades.

He might be in his early 70s, but his hypothesis that oaks are an excellent prospect as a plantation timber tree in New Zealand is driving him on. Oaks are famous for their timber. They’ve been cultivated in Europe for thousands of years, but foresters there harvested very old trees; an oak was considered in its prime at 500 years of age. 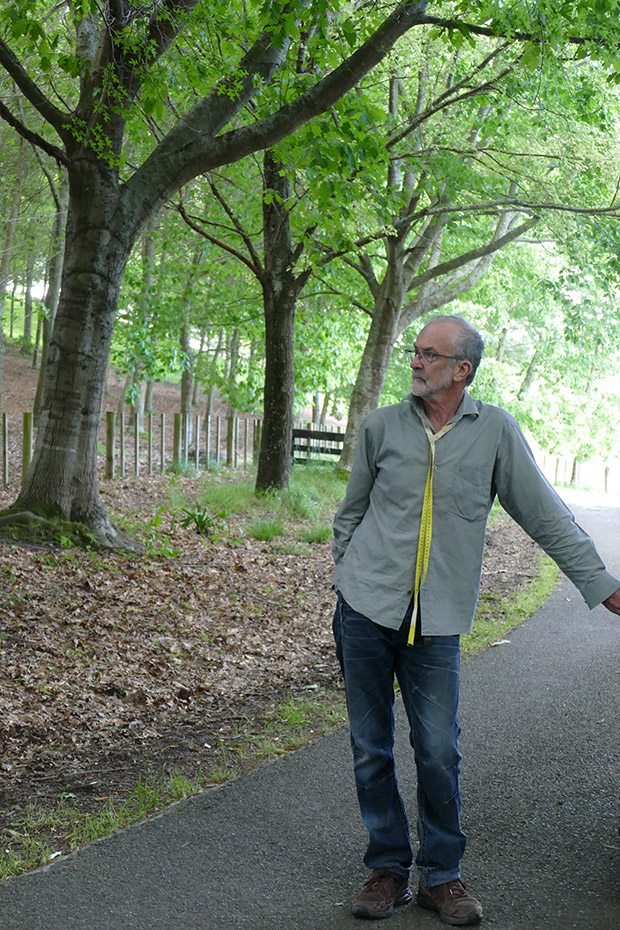 But like virtually every imported tree, oaks grow very quickly in New Zealand’s perfect conditions. There’s little known for sure and lots of opinions about what that fast growth means for the timber properties, but it’s mostly positive. Without getting too technical, oaks are a ring-porous species which means fast-grown trees produce good timber.

However Eric’s’ interest in oaks is multi-faceted – he wants to eat the acorns too. They’re a tasty and highly nutritious food for humans, another good reason to grow them yourself or forage from mature oak trees growing near you. Balanoculture is the name given to societies that were organised around acorns as the staple food. These existed pre-agriculture in diverse parts of the world, from China to Mexico to Iran. For millennia, acorns made up half of the diet of native peoples in what is now California. It was an ideal food compared to wild or early domesticated grains, according to ecologist David Bainbridge.

“Oak forests are very productive, up to 3500 kg/ha and gathering more than 50-100 kg per hour is possible. This enabled a family to collect a two- or three-yearsupply working part-time for two or three weeks,” he writes in The Rise of Agriculture: A new perspective. Acorns also store well once dried and can last for years. In different societies at various times, acorns were eaten raw, roasted, and boiled or used to make oil, soup, mush, flour, coffee, and snacks.

They’re high in nutrients, including: At a workshop for his local Tree Crops Association, Eric and and friends cooked up an acorn storm: bread, Anzac biscuits, crepes, acorn jelly, two types of flat bread, chocolate brownies, and a pumpkin soda bread muffin. In adapting recipes, Eric usually substitutes half the flour with acorn flour.

More than 60 potent antioxidants have been identified. Acorns are also gluten-free, and low on the glycemic and insulin indices. All that, plus they add a complex, nutty taste to baked goods. “I’m very keen to hear of individual oak trees that reliably produce acorns bigger than 45mm long,” says Eric. “There’s the potential for clonal propagation and (Oaks NZ) thinks there’s a market for oaks selected on the basis of acorn size or sweetness.”

There are several methods of preparing acorns. Hank Shaw has written extensively for The Atlantic and Marcie Mayer has written a book, Eating Acorns (Eric recommends it) and done several TED talks. The Spruce Eats has a guide to cold leaching acorn flour, but you may blanch at its advice to use a toilet cistern. There’s also a delightful short film on it in the Woodlanders series. 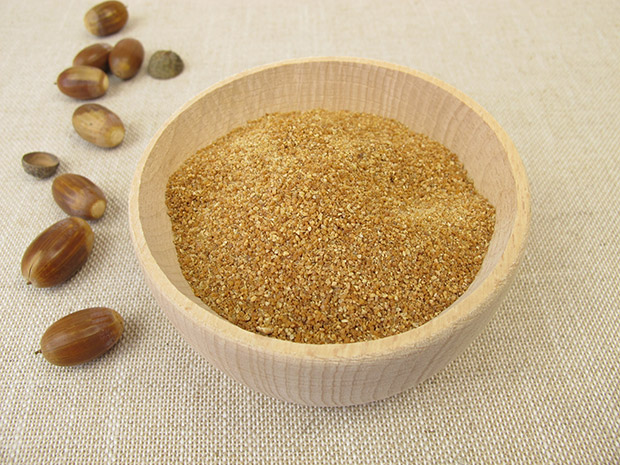 Eric has done a lot of research and experimenting with how to process acorns into flour. He’s distilled that into a practical and efficient method, aided by modern technology to prep them for use in baking. A detailed version of his instructions can be found as a file on the Oaks New Zealand Facebook page but these are the basic steps:

1. Harvest large, fresh acorns and dry them without delay.

2. Carefully remove the shell and testa (the seed coat).

3. Grind. The problem is acorns are really, really hard. They also contain oil and will ruin a stoneground flour mill (don’t try this.) Eric bought a whopping 2kw blender especially for grinding acorns which can process a cup in a few seconds.

4. Leach out the bitter tannins by soaking in water – replace the water daily until it stays clear.

5. Dry again for use as flour, or use the wet mush directly in crepes, breads, flatbreads, jellies, soups and stews.

If all this seems far too much work, you can find (imported) acorn flour at Korean supermarkets. It’s traditionally used to make acorn jelly (dotorimuk), a savoury delicacy. 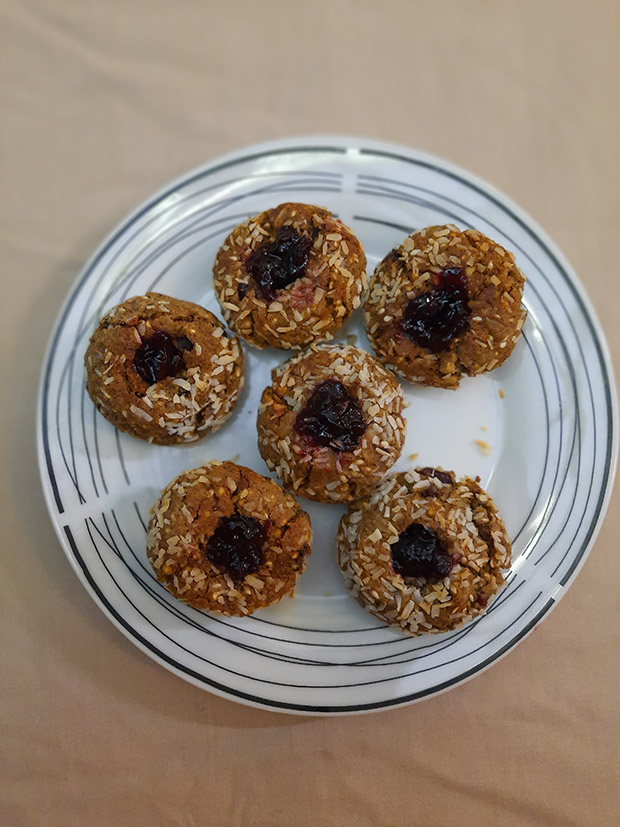 Melt the butter with the golden syrup. Mix the baking soda with the hot water.

Mix the rest of the dry ingredients, then add the combined liquid ingredients. Cool the mixture in the refrigerator, then form small balls (about 30g) and make an indentation on top.

Place on baking paper on an oven tray (or you can leave them in the fridge overnight and bake the next day). Add half a teaspoon of jam to the indentation on each cookie.